The Vulnerabilities of Cobalt Supply

If you caught my first post on why cobalt is the metal Du Jour, you’ll know that cobalt is generally pulled out of the ground as a by-product of nickel or copper mining. This represents an inherent difficulty in responding to rapid increases in cobalt demand because, put simply, mining more cobalt means having to mine more copper or nickel. However, this is far from the only challenge for cobalt supply. 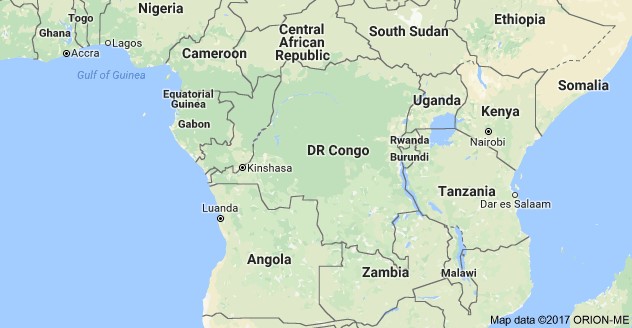 The majority of world supply (54% in 2016), comes from the Democratic Republic of Congo (DRC), which also hosts the largest proportion of the world’s known reserves (48%). The DRC is a vast country, with a population of over 82 million, located in the heart of Africa. Such is the country’s mineral wealth, the World Bank stated it has the potential to become “one of the richest countries on the African continent and a driver of African growth.”

The DRC has incredible mineral wealth but it is also a notoriously unreliable and politically unstable jurisdiction. It is rife with corruption, major outbreaks of violence, armed rebel groups and its known to have problems with child labour. The violence does at times spill into the mining sector. Indeed, earlier this year gold miner, Banro, which created the DRC’s first modern gold mine, had several employees killed during an attack on the mine, and several more kidnapped just weeks later.

The mining industry is famous for the effect of its “black swan” events – incidents or periods that have a major impact on supply or demand. For an example of such an occurrence, let’s take another energy metal that I know very well: uranium. In 2006, major flooding at the Cigar Lake mine – currently the largest high-grade uranium mine in the world – set off a reaction in the uranium markets that saw the spot price rise swiftly from around $60/lb to nearly $140/lb. There was already a uranium supply crunch taking place but this black swan event increased the effect by magnitudes. It doesn’t take much imagination to think of all the things that could go wrong, when the full-throttle growth of the battery and EV industry is so heavily reliant on the Congo for one of its most important materials.

Exposure to cobalt thus comes with, perhaps, a greater level of risk/reward than many other metals. It’s for this reason that we (Cobalt 27) have a three-pronged approach to the sector, including holding physical cobalt, acquiring streams/royalties in producing mines and, at a later stage, acquiring interests in producing mines. This broad strategy not only offers pure-play exposure to cobalt but, critically, reduces risk for investors.

If you have any questions, be sure to get in touch.

Mr. Anthony Milewski has spent his career in various aspects of the mining industry, including as a company director, advisor, founder and investor.  In particular, he has been active in the commodities related to decarbonization and the energy transition, including nickel, cobalt, copper and carbon credits. Anthony has served on the London Metals Exchange Cobalt Committee, which includes representatives from the largest mining and commodities companies globally, to represent the interests of the industry to the board of directors the LME. Mr. Milewski holds a B.A. in Russian history from Brigham Young University, an M.A. in Russian and Central Asian Studies from the University of Washington, and a J.D. from the University of Washington. Anthony Milewski has been interviewed by numerous Media outlets, including BNN, The Financial Times, Bloomberg, The Northern Miner and many others. Anthony Milewski is also a regular speaker at industry events.

Forward-Looking Information: Some of the posted entries on the CEO Corner may contain forward-looking statements. Forward-looking statements address future events and conditions which involve inherent risks and uncertainties. Actual results could differ materially from those expressed or implied by them. Examples of forward looking information and assumptions include future estimates of the worldwide supply and demand for nickel and other metals and the effect that these changes could have on the short term and long term price of nickel and other metals on the world markets, statements regarding the future operating or financial performance of Nickel 28 including the net present value, metal recoveries, capital costs, operating costs, production, rates of return and payback. Forward looking statements involve known and unknown risks and uncertainties which may not prove to be accurate. Such statements are qualified in their entirety by the inherent risks and uncertainties surrounding future expectations. Among those factors which could cause actual results to differ materially are the following: market conditions and other risk factors listed from time to time in our reports filed with Canadian securities regulators on SEDAR at www.sedar.com.

In some cases, forward-looking statements can be identified by terminology such as "may", "will", "should", "expect", "projects", "plans", "anticipates" and similar expressions. These statements represent management's expectations or beliefs concerning, among other things, future operations and various components thereof affecting the economic performance of Nickel 28. Undue reliance should not be placed on these forward-looking statements which are based upon management's assumptions and are subject to known and unknown risks and uncertainties, including the business risks discussed above, which may cause actual performance and financial results in future periods to differ materially from any projections of future performance or results expressed or implied by such forward-looking statements. Accordingly, readers are cautioned that events or circumstances could cause results to differ materially from those predicted.

Links: Some of the posted entries on the CEO Corner may include links to 3rd party websites. Nickel 28 has not reviewed all websites linked to or from this Site and is not responsible for the contents of any such websites. The inclusion of any link does not imply endorsement by Nickel 28 of the linked website or its content. Use of any such linked website is at the user's own risk.

For further information we refer you to our legal notice.

Connect with us on social media